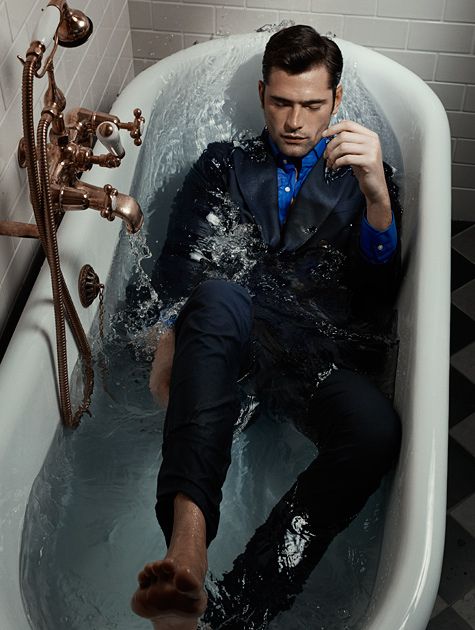 Men’s grooming has had its origins from the begging of evolution. The more the dominant male stood out from his competition, the greater his chance of getting ahead in life while attracting a mate in the process. It is for this reason why men will always have a predisposition towards their personal grooming habits in a very competitive society.

Taking care of ones features can enhance the external appearance of beauty. This became known as the basic requirements for a deep inner feeling of pure happiness and longevity. Like a prize-winning car, most men prefer to take care of the windshield and make certain it is running in tiptop shape. The shield should always be clear and spotless; this became the same rule with your skin.

In 10,000 BC, men were using scented oils and ointments to get rid of dirt and oil so the skin would be clean and soft. The fatty oils of olive and sesame were combined with fragrant plants to create Neolithic ointments for the use of daily men’s skin care. Egyptians used oils and creams for protection against the hot Egyptian sun and dry lands. Thyme, lavender, peppermint, rosemary, was just some of the ingredients used in men’s creams for hygiene and health purposes.

The marketplace swelled up as products for men became even more in demand. Everyone was enthusiastically enjoying the fun and freedom to express themselves through good grooming habits. Popular treatments included, rosemary water for the hair, scalp, and sage to whiten teeth. Elderflower ointment for the skin and bathing in wine became a regular practice in society. Unknowingly, men in the early century had an obsession with having a beautiful psychical appearance.

In today’s society, the same rituals are done every moment to be one step ahead of the modern competition. As a young lad focusing on the right grooming habits can be so confusing. You practically see so much information you feel as if your head is about to explode.

Don’t worry, here are the top 5 grooming habits every modern gent should be on top of.
1) First, Put Your Best Mug Forward

2) Get Wet And Lather Up

3) Shave To Impress
4) Shine Bright And Longevity
5) What's Your Scent?