"Behind The Canvas With Charlie" 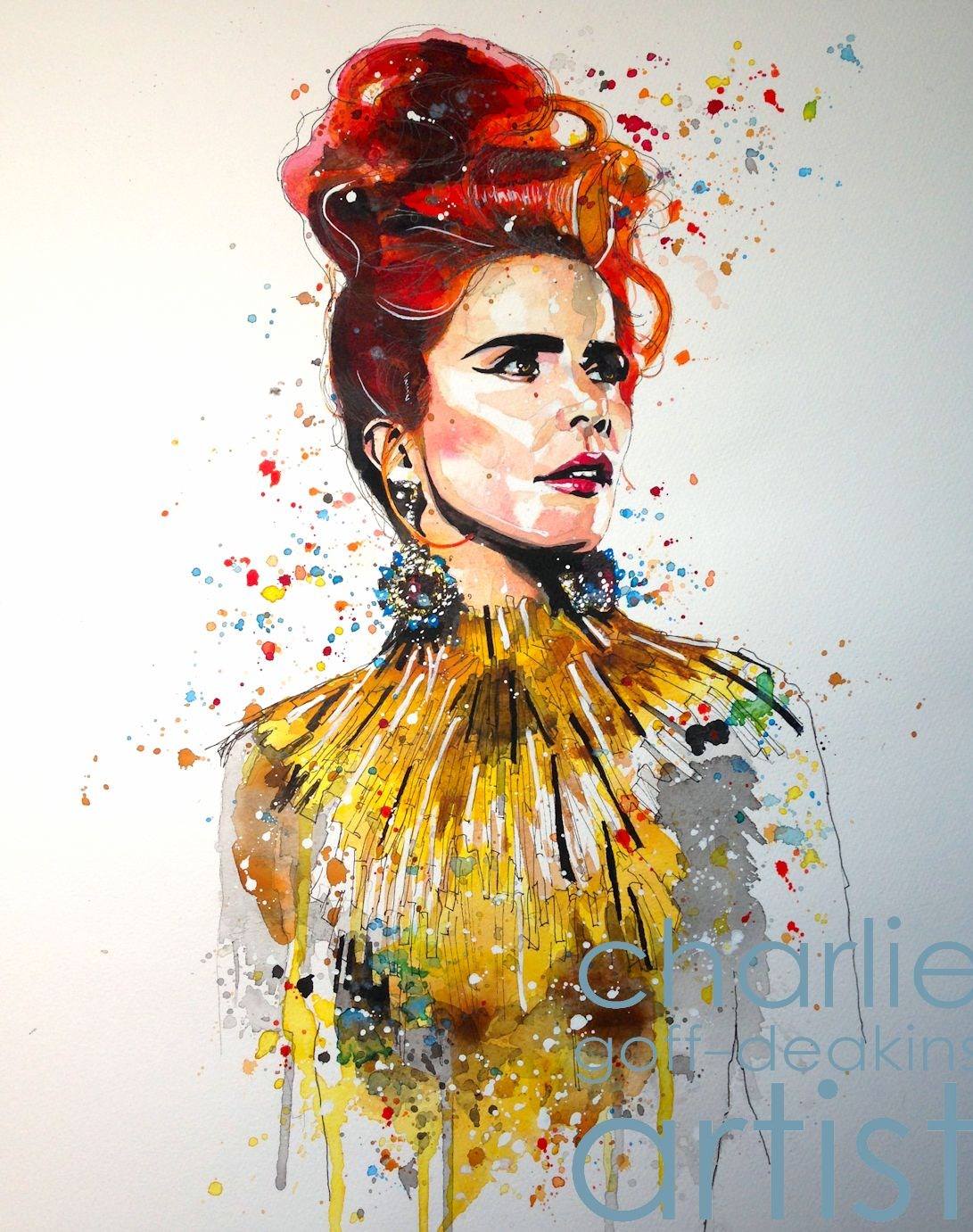 What does ‘Best Artist’ mean right now, in this colourful era of vibrant individualism and multicultural achievements? Consider one who is Buxton, Derbyshire –based and quickly becoming an expert in this current issue, whose name reflects his varied collective unique background. Charlie Goff –Deakins endures the essence of urban city art. Charlie doesn’t just paint he creates a rhythmic technique that takes his work to new heights with an electric attitude.

What caught my eye was his vivid attention to bold colours. Capturing each emotion as if he was staring them in the eye. He knows his subject and how to pack on the romance, while adding a slight mystery element to the mix. I had the pleasure to get to know the chic artist behind the unique portraits in this fun interview.

Heather Lisa Noire (BF) What inspired you to do the kind of art you do?

Charlie Goff- Deakins (CGD) Before I started painting, I used to draw all of the time and I always drew people. I would go through magazines and draw random celebrities or people from adverts. At school, the majority of our classes were drawing models that would sit in the centre of the classroom so I’ve always been drawn (pardon the pun) to draw people! I have had a go at other genres but the thing I love about painting people is I try to capture their personality too so I always enjoy portraiture. I like to also add a slightly abstract angle to my portraits too, which is what made me start using splashes in my work and using less detailing.

Heather Lisa Noire (BF) What artists do you look up to?

Charlie Goff- Deakins (CGD) The more classical artists I look up to are Caravaggio and Di Vinci. I love Caravaggio’s introduction of the chiaroscuro effect, using bold contrasts in light to make the paintings come alive. Same with Di Vinci but I also like how, despite mastering art, he also dabbled in other things like science and engineering. The modern artists I look up to are Jack Vettriano, Duane Michals, and Graham Swift, not to mention the hundreds of artists I admire after following there work on Twitter.

Heather Lisa Noire (BF) Give me some background did you go to art school?

Charlie Goff- Deakins (CGD) The only art training I have is A level Art (Leaving Certificate in Ireland). I did go to Art University but I only lasted 3 months! It was bad timing when I started University but I left mostly because I found the teaching methods did not meet my imagination of art uni at all! I envisioned cool and trendy artists who want to encourage the evolution of their students’ style while exploring different angels etc. However the methods were more “go to the library for 4 hours and be inspired” or “draw the pieces of paper I’ve just thrown on the floor while I pop out for an hour or two for a drink”. As art is very subjective and everyone has their likes and dislikes, the lecturers of all people should be aware of this however they keep veering all of my class mates to do the same style, the style they admittedly preferred. I’d come home and feel so deflated that I didn’t want to pick up a paintbrush. I thought I’d rather quit and figure it out for myself by playing around with the art I wanted to do.

Heather Lisa Noire (BF) What are your next projects?

Charlie Goff- Deakins (CGD) I have a few ideas of new projects in the future. I’m currently working on one called “Selective Attention” where I explore painting in detail only that which we subconsciously pay attention to while reducing the amount of superfluous detailing. The next projects though, there’s a few ideas in the brewing stage. One I was thinking of doing a series of portraits of the same person in different personas to demonstrate how every person has many angels to their personality or behaviour but this might not happen until next year, if at all!

Charlie Goff- Deakins (CGD) Haha, I’m not sure if I have a secret really. To this day, I always hear what my first art teacher told me. He gave me 2 key pieces of advice (probably more over the course of school but these two have stuck with me!) 1. Always paint/draw what you actually see, not what you think you see, try not to draw in a way that you think something should look. 2. In contrast, he also told me to draw/paint what I don’t see. By this, I mean the negative space around the thing you’re drawing, the space around the subject also plays a part in shaping the subject as well as tone, positioning and composition.

Another secret, or piece of advice I always tell emerging artists is to keep all of your work (to track progress) and more importantly, keep making art despite it being a load of rubbish at the beginning. If you keep doing it, you do get better. Perseverance separates the best from the giver-uppers! Written By Heather Lisa Noire. 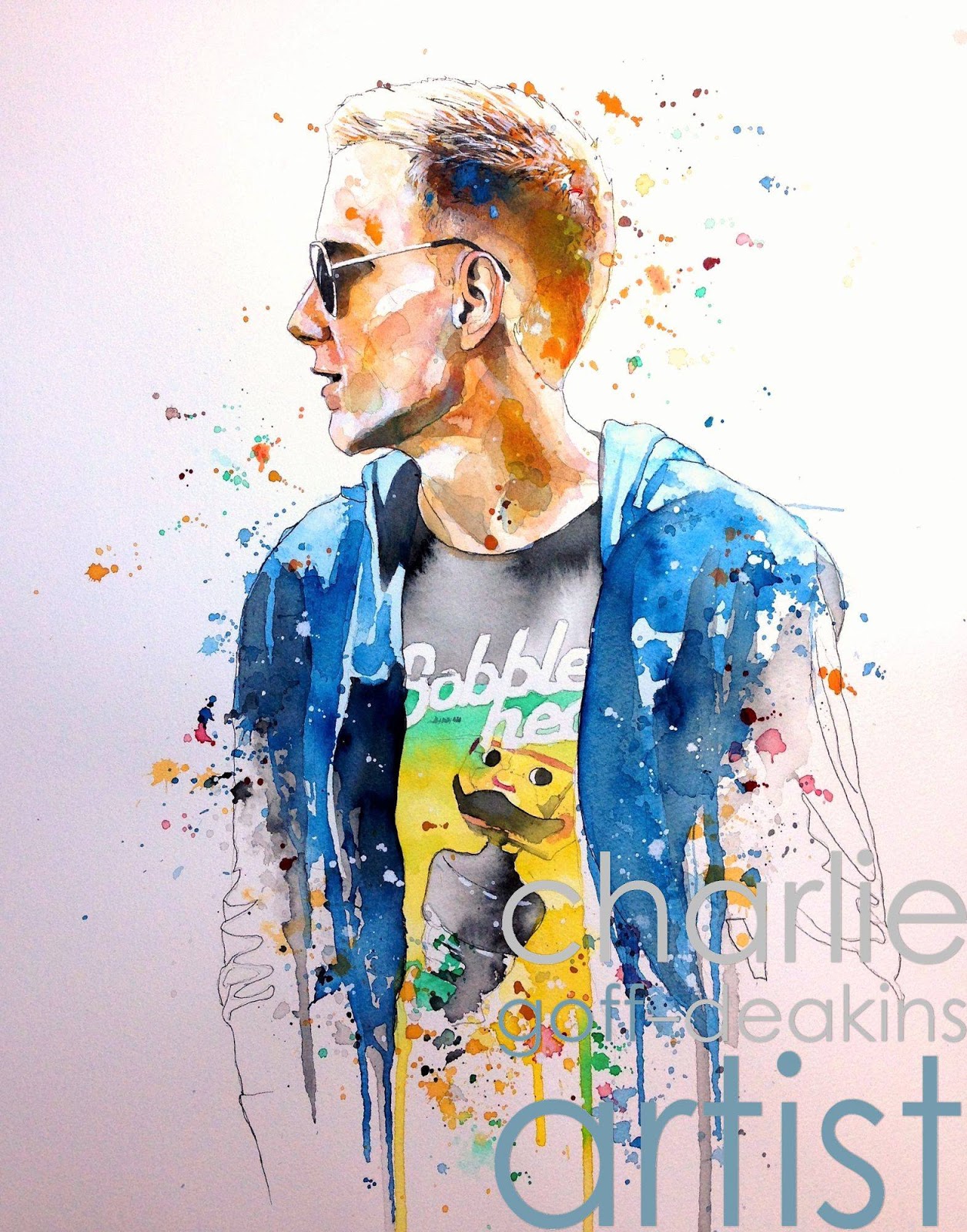 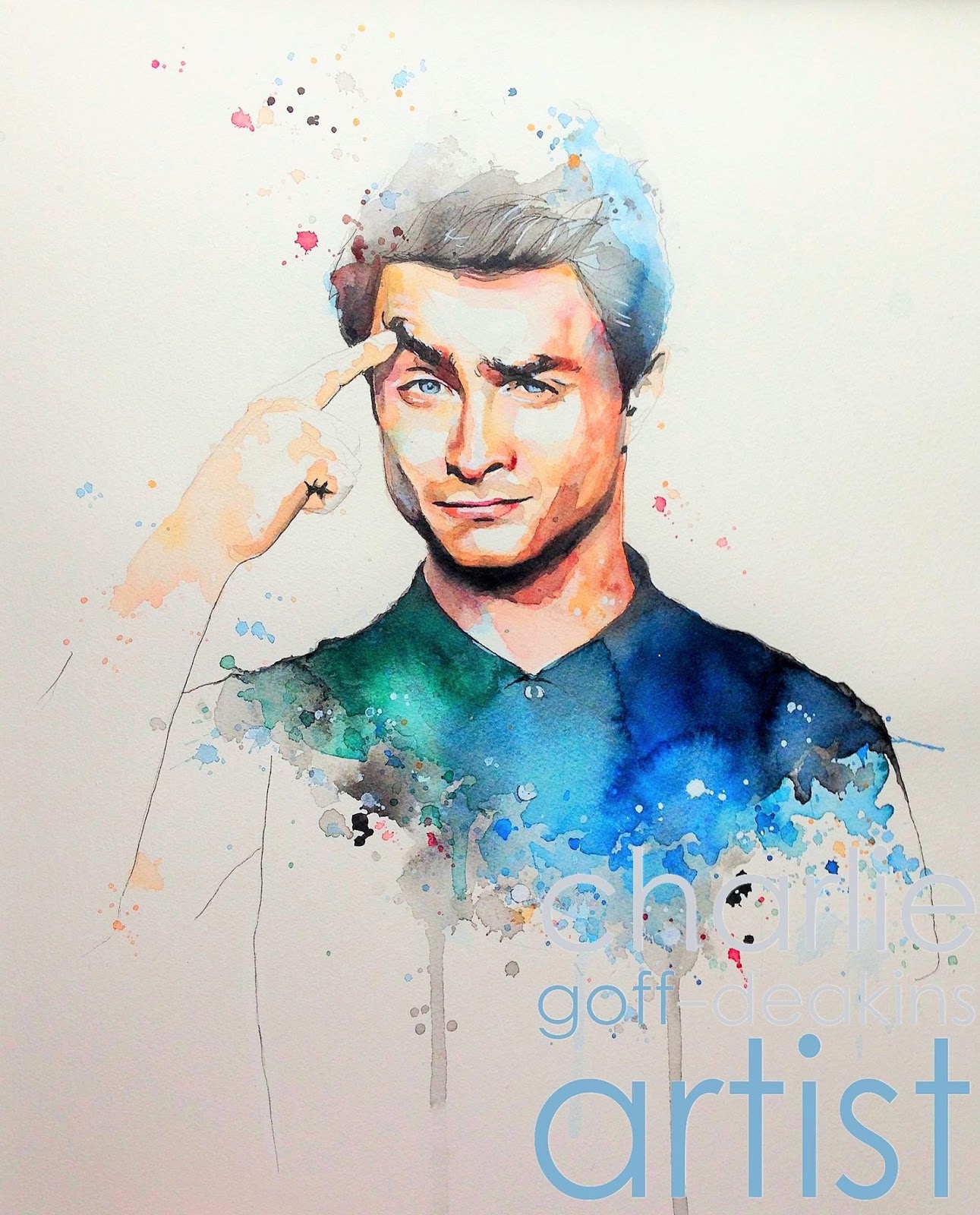