"If Bags Could Talk" 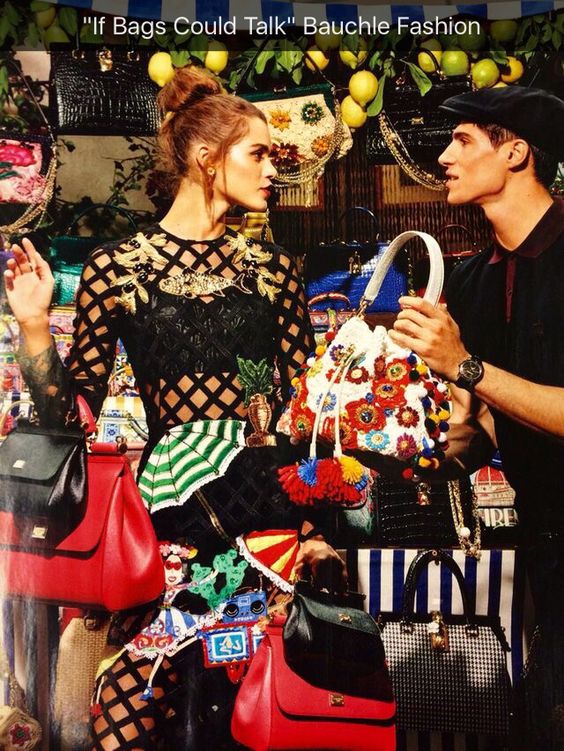 At the end of a winding lane bordered by a tangle of wild roses lies a magical street scene busting out with noise and bright lights. The eyes stare quiet freely as if it was a gently manicured showpiece in a ravishing art gallery. To the sounds of high-powered cars crashing on the streets, this noise unfolds like the petals of a flower in so many surprising and delightful ways, a pleasure still fresh to those who sense its presence.

An elaborate garden spread out to create a roaring music that plays so freely through the scene. The sides of the buildings were woven into ancient styled carpets with a glowing architecture that truly captures the eye. The friction of the street automatically stops you in your tracks, you find yourself in a trance of hypnotization. You can’t control this feeling of wanting and desire! It takes over your entire soul the feeling of wanting to faint is evident. What could possibly make you react this way to something so stunning? A nicely styled luxury handbag of course! Every woman thinks a diamond is a girls best friend, the truth is most would rather have a beautiful purse instead.

The term “purse” originally referred to a small bag for holding coins. A “handbag” is a larger accessory that holds objects beyond currency, such as a woman’s personal items. By the late 18th century, fashions in Europe inspired silhouettes of Ancient Greece and Rome. For every woman today, a handbag is the most valuable accessory to invest in.
Read more
SHARE:
By Heather Noire at May 04, 2016 No comments
Labels: Advice, Bloglovin, Chanel, Chic, class, Collection, Colour, Fashion, fashion week, fashionblogger, ffbloggers, londonfashionweek.
Newer Posts Older Posts
Home
Subscribe to: Posts (Atom)